There are many animals in this world that rock some killer beards. Plenty of the men in our brotherhood even have canine companions with powerful manes. This is nature’s way of thanking us for embracing the beard.

The Great Beard, in it’s infinite wisdom gave us a whole slew of bearded beasts, and made these beasts in it’s own image and saw that they were good.

Our domesticated wolves have some amazing beards. There are plenty of dog breeds that grow beards from the time they’re young until they’re old and creaking around the house. Just look at the wisdom on this beast: The original mountaineer and horned beast of the land. Goats grow their beards a cut above the rest. Long and angled, their sleek beards stretch far beneath their chins. Slithering, cold-blooded, reptile of the land. This dragon doesn’t spit fire, but he does rock a mean neck-beard. This is a scaly looking beard, but it reigns supreme in the reptile kingdom. An ancient roamer of the worlds fields and undisputed champion of the Bovine Brotherhood — we have the great Bison. His beard is an extension of his thick body-hair. Their dark brown coats stand in stark contrast to the lush green fields they roam. An Emperor swoops down from the trees, and it calls the Amazon rainforest home. The white mustache shows a wisdom beyond its years. You wouldn’t want to mess with one of these little guys. The King. It’s no surprise that the Lion is a symbol of royalty and prestige. It’s an animal we aspire to be like. Lounging around the savannas, they command the awe and wonder of the animal kingdom. All men strive to have something akin to the magnificent lion’s mane. These are premier forest dwelling primates. Their orangish fur is instantly recognizable. They are an intelligent species that spend most of their time in the trees, and their beards fit well with their thick coats. This bird definitely warrants a double take. His handlebar is the envy of any man who ever wanted a 1920s mustache. The bird was born with this style and didn’t even need our wax. The grandfather of all long, thick, beards is here. The glorious beard on the Markhor covers the entire lower half of the body. Our last bearded animal is this great mammal from the sea. Master of the waves and inspiration for Frederich Nietzche’s iconic mustache, we have our seal beard. 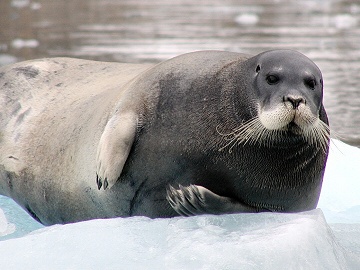 Why You Should Grow A Beard